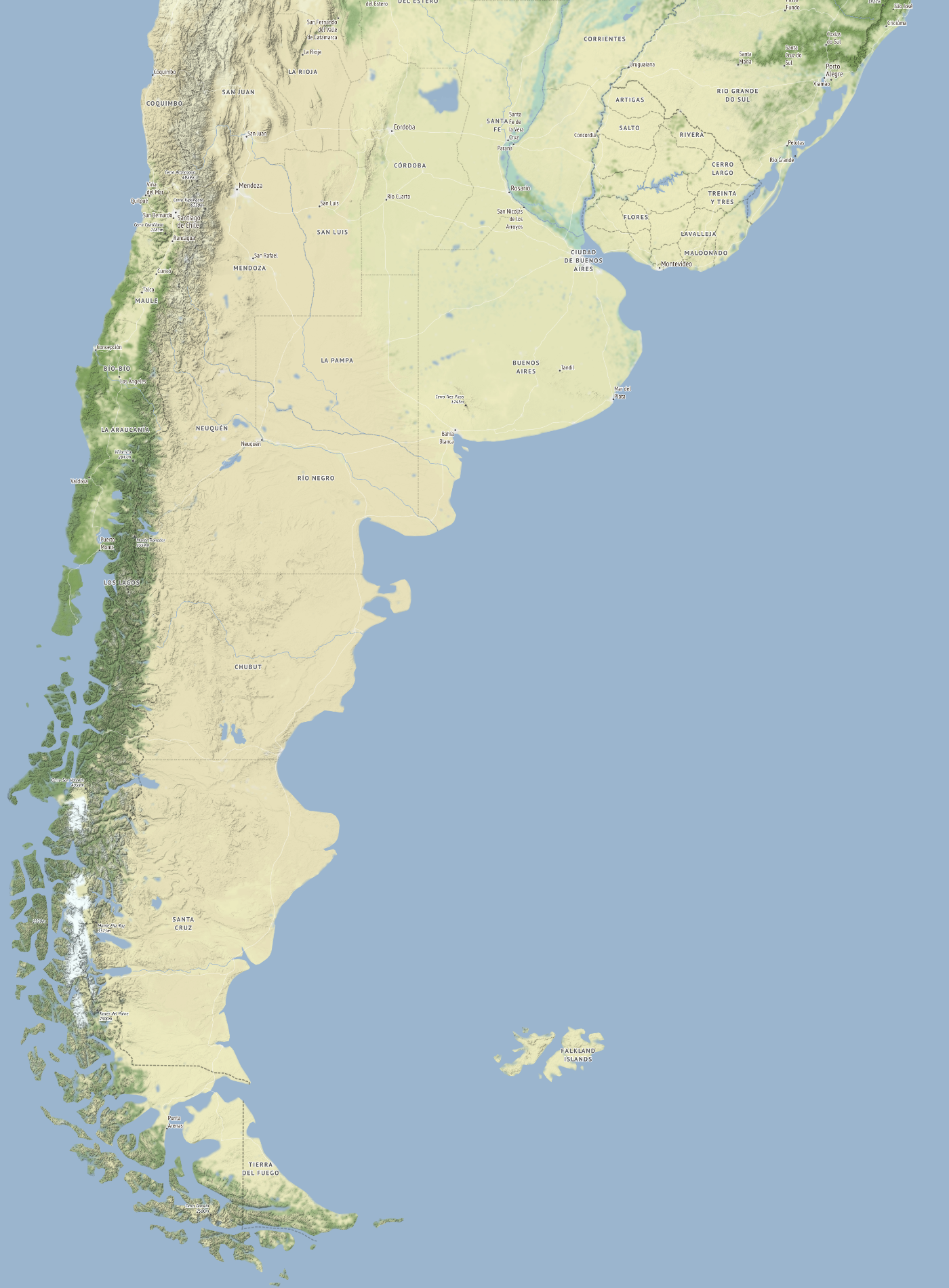 This map shows where the plant Feijoa sellowiana has been found. When a plant has been collected at a specific place there is a blue dot on the map. When many plants have been collected the color of the dot is made darker, then redder. When there is a record of the plant growing in a district the district is shown in the normal color. Otherwise, the district has a white overlay.